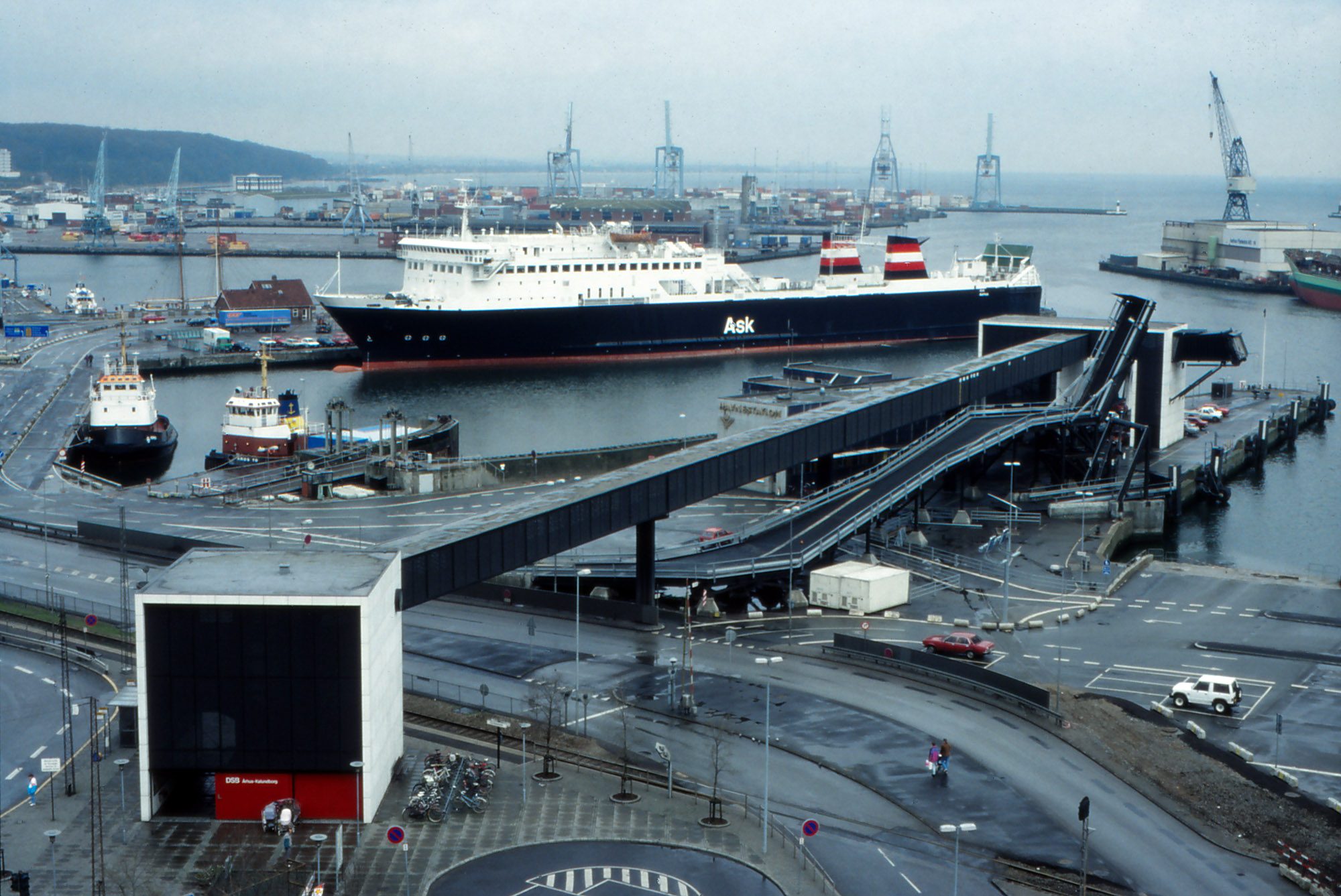 from the jury report:

„The project seeks to create a ‚place‘ in Aarhus. The place is a meeting place: between the city and the world, between the land and the water, between different forms of traffic, walking, driving, sailing. The project seeks to give Europaplads more character as a meeting place by positioning a construction in the form of a large span, which pivots land/town and water in its moving into (and out of) the water. The construction functions as a flat ‚landmark‘, local meeting place and traffic nodal point. Around the construction, light structures (sailing ships, windmills) are grouped. (…) The jury finds the project so elegant in its grasp and its architecture so attractively represented that it recommends an award.“
Documentation published by © Arkitektskolen i Aarhus 1993, ISBN 87-90078-02-0
Idea, photos, text: Morten Daugaard, Aage Lund Jensen, Heiko Weissbach
also published in: Quaderns, No. 198, Barcelona 1993